We're covering all things Clans this week, and can also reveal the four finalists for our A Kingdom Divided login screen competition! Plus, updates to music, merch and more!

Clans is finally here! For the full lowdown, get yourself up to speed with our comprehensive Clans Guide. We're looking forward to seeing your Vexillums flying high as you gather in the Hall for a celebratory pint or two!

Thanks to your feedback, we've made some slight changes to the text and icons for Clan ranks:


You can find the full list of ranks at the usual fountain of knowledge - the wonderful Old School Wiki!

Our release post covers all aspects of the Clan experience, but if you still have questions, you can bring them directly to us when we celebrate the launch of Clans on our weekly Q&A on Twitch! Join us on Thursday, May 27th at 17:00 BST in the Grand Exchange over on World 525.

With the new music modes launched a few weeks ago, a toggle has been added to the Audio tab in Settings. It's switched to Modern by default, but can be reverted to Classic if that's more your style.

In Modern mode, music tracks are assigned to large areas with tracks shuffling depending on your location. Classic mode is the legacy behavior, where each map square has its own music track.

Right now these changes only impact the free-to-play map as Modern has not been rolled out anywhere else yet.

We've got some exciting updates coming in the next few weeks, so let's take a look at how things will unfold.

With next week's game update, you'll be able to try out the new Theatre of Blood quest: A Night At The Theatre, along with the two new ways to play: Story and Hard mode.

By this point, all of the Kourend Chronicles will be released, and we'll be announcing the winners of the two competitions celebrating this quest series. You still have time to submit your entry for the second of these, the 'Story So Far' video competition - get your entry to us by June 4th. You can find all the details in our competition forum thread!

We loved sifting through your entries for the first A Kingdom Divided competition! The team has now assessed all of your submissions and voted on the top four candidates, whose work will be included in a Poll on May 28th. The winner will be implemented into the game on June 16th, and feature on the login screen for all players to see! They'll also bag a £200 Amazon voucher and 12 months of membership.

There were a lot of great artwork submitted for this competition and it was a tough choice narrowing it down to just a few, so we wanted to say a massive thanks to everyone who took part. With that said, here are the four finalists:

Voting will close on Tuesday June 1st, so get your votes in now!

The PvP rota has moved to Period A: 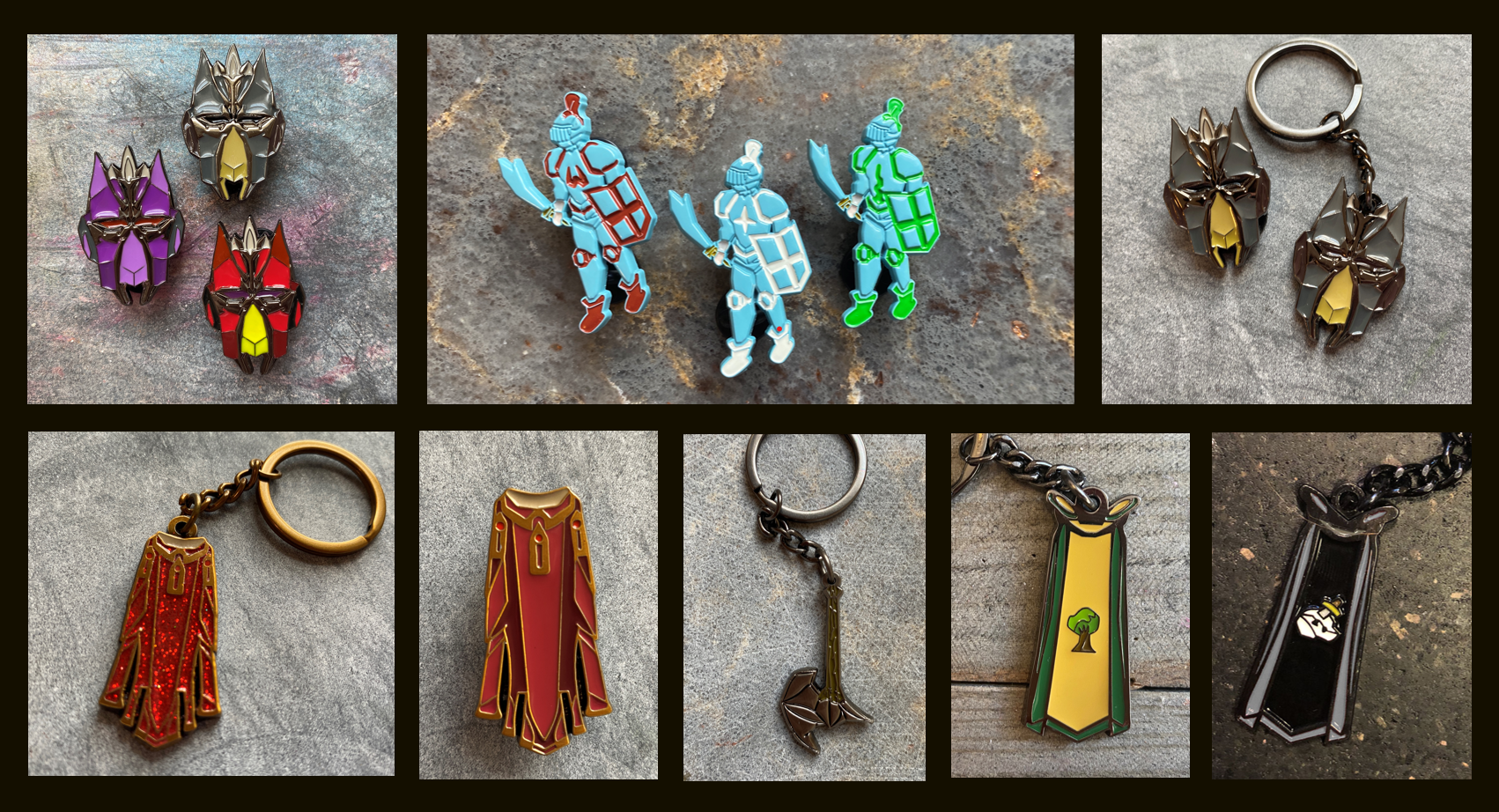 There's plenty of nostalgic loveliness in store right now, as the latest merch celebrates all the wonderful things that launched in this month over the past 20 years!