Yes we know, it's hard to believe it - but the end of 2020 is nearly in sight! As a bright new year approaches, we're thinking back on all we've achieved in this one, from The Nightmare to Leagues II - Trailblazer. Hey, it was only a year ago that we got you all eating in the Bank!

We'd like to thank all our players for their overwhelming support. The world of Gielinor would simply not be the same without you - and neither would we! In these difficult times you've kept our spirits high with memes, fanart, livestreams, and some extremely helpful feedback. We hope that whatever adventures you have planned between now and New Year are merry and bright, and that you'll be able to take a break from the festivities to cosy up with a Slayer task or two.

Now, onto business: this is the last update of the year, but we'll see you again in early January to embark on a year jam-packed with exciting updates. It's also worth noting that on January 6th Leagues II - Trailblazer will officially end - so make sure to finish up any outstanding tasks before then!

Lastly, just so you're aware, there will be a reboot on December 23rd to ensure that everything's running smoothly before we all disappear to eat our own weight in mince pies.

Right then - we've got a Christmas event to show off, so let's get to it! 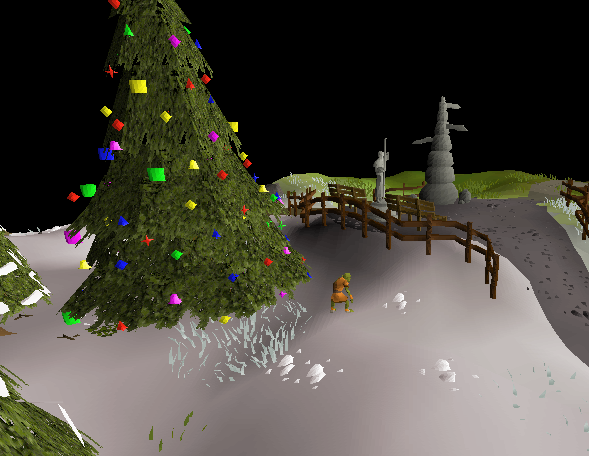 Jingle bells, Bandos smells – it’s that time of year again in the world of Gielinor, the time to relax with friends and family, cuddle up by the fireplace, open loads of pressies, and get invaded by goblins. Hang on a sec…

Hmm, looks like the goblins are dreaming of a green Christmas! Speak to Scrubfoot by the large Christmas tree north of Falador to figure out what’s going on, then take on your greatest challenge yet: teaching goblins. Once everything’s looking merry and bright once more, you’ll be rewarded with some suitably festive rewards, along with all the rewards from previous years’ events.

Plus, head to the Goblin Village to try your hand at sled racing, a wintery new activity that’ll see you speeding along the course to try and beat your personal best!


We’ve made a couple of small changes to last week’s Settings Rework!

Before we get into this week’s changes, we have a small apology to make. In last week’s update, we resolved an issue where a task for completing 200 Slayer tasks wasn’t showing as complete, even though players were receiving the points.

This issue was caused by having two of the same task in the Task List – the one that players were completing had been unintentionally carried over from the Twisted League, and was therefore not set to display in the Trailblazer interface – so the correct task still appeared incomplete. To fix it, we simply removed the Twisted League version of the task.

Unfortunately, this meant that any players who’d already completed the task in question now had an extra 250 League Points, as they’d technically completed two tasks instead of one. Around 500 players have been affected by this issue.

We’ve deliberated and decided that the fairest way to resolve this problem is to give everyone who hasn’t yet completed the Slayer task 250 bonus League Points. Upon logging into a League world and opening the Task List, all eligible players will see a new task appear as complete and will be granted the extra points.

It will of course still be possible to complete the correct task after doing this, which will grant the intended 250 points in addition to the 250 bonus ones.

Phew! Now that’s out of the way, here’s a couple more changes we’ve made this week:

The end of Leagues II - Trailblazer is fast approaching, so it’s a great time to check out the rankings and take stock of how well you’re doing. Are you headed straight for a Dragon Trophy, or are you languishing back in Bronze? Check the table below to find out!

This month, we’ve teamed up with our mates at Prime Gaming to bring you an especially cool gift: early access to the Soul Wars minigame!

Now, we know what you're thinking - but as Mod MikeD said in our latest Gielinor Gazette, this is not the start of a slippery slope. We're thrilled to be exploring new partnerships, which help us protect the core progression of Old School RuneScape  - but we fully intend to keep our promise that there will never be cosmetics, XP boosts, or game-changing features locked behind partner promotions. In addition, we'll never run events like this one when it would give early access players an unfair advantage - such as seeing a boss' moves before the final release. In this case, Soul Wars worlds will work like Tournament worlds, in that no progress will carry over to the main game. Whether you participate in this promotion or not, you'll start on the exact same playing field when the minigame launches for real on January 6th.

From December 15th, those of you who link your Old School RuneScape and Prime Gaming accounts will be able to play Soul Wars before anyone else. You’ll be able to log onto special Soul Wars game worlds and access the entirety of the minigame.

Players without Prime Gaming are still able to access the Soul Wars island via the portal in Edgeville (or Ferox enclave) to unlock the new music track required for the Music Cape.

But wait, there’s more! Although Soul Wars is a members-only minigame, this Prime Gaming event will also let free-to-play players grab a slice of the action, all the way up until January 5th.

Last time we spoke about the changes we’re making to Shades of Mort’ton, we introduced new bark armours, which would be craftable with fine cloth, a rare material found only within the minigame. However, during development we’ve realised that since fine cloth is tradable, in our initial design the armours could potentially be acquired with no minigame interaction at all. That’s a problem! 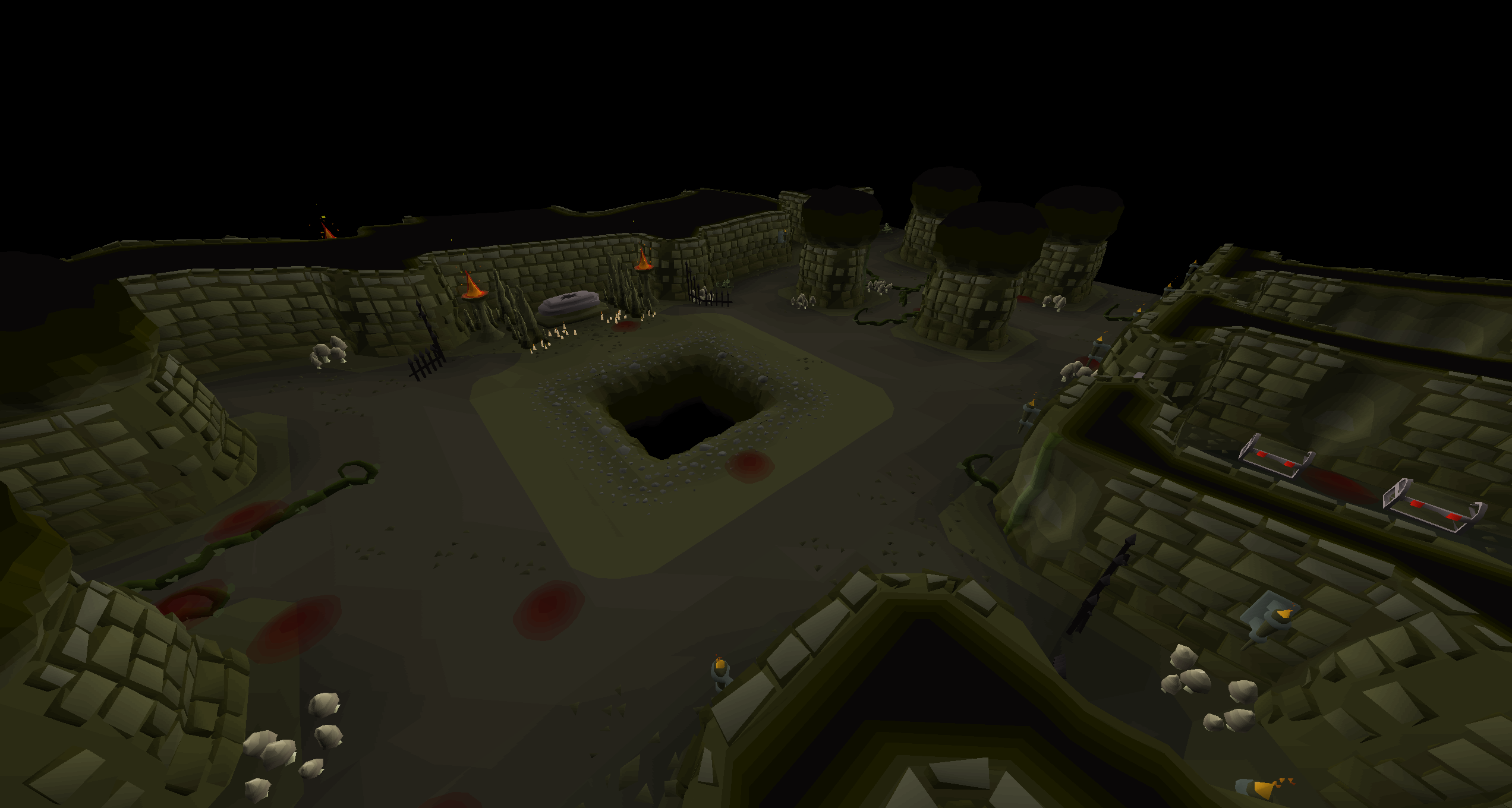 Here’s our solution: we propose that the ability to make the new armours could be learned from a set of scrolls hidden deep within the catacombs. Not only is this more thematic, it also provides a real incentive to actually play the minigame. This tiny change adds a lot of value, and we’re excited to see how many players it’ll bring to this oft neglected minigame.

Still stuck for ideas this Christmas? We've got some new additions in the store for you to think about, with free shipping as well as free mystery keyring offers!

First up there's a kickass Dragon Mail tee. It's subtle, but undeniably Old School - so it's perfect for sneaking into Christmas card photos.

And don't forget - these three super-luxe deskmat designs are still in stock and on sale! They'll not only make your desk look stylish, they'll also neatly cover up all the crumbs from the mince pies you've been munching.

Last but not least, we have two epic snapback designs, for those of you who’ve been doing the other kind of skating this winter. Choose from either the iconic Map of Gielinor design or the Bob’s Brilliant Axes logo.

See all these wondrous gifts, along with loads of other Old School RuneScape goodies, in the Official Merch Store. See you there!

In addition to today's game content changes we've made a change to the way players on mobile devices will log in to their accounts. This is part of a series of improvements to our login systems and reflects our continued efforts to tighten up account and system security.

The first time you log in after the update will see you journey through a new login flow. The Old School RuneScape app will launch a browser window and ask you to enter your login information there. After this initial login you'll be able to use the Play Now option as before, meaning you won't need to go through this flow each time.Players can no longer pick up certain easy clues when they already have one.

Lastly, we'd like to make all players aware that the Bounty Hunter Reward Shop will close on January 13th, 2021. The time to trade in those Emblems is now!